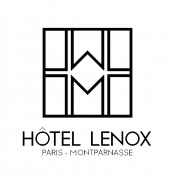 In case you didn’t know, Hotel Lenox Montparnasse is surrounded by many theaters and we have selected for you 3 of the most popular show.

Winner of France’s Molière award for the best musical in 2015, the show is adding new dates until February 3rd, 2018.
What is going on? Les Franglaises make a fun cover of all the American and British pop culture repertory. They translate songs of the Black-Eyed-Peas or the Village People into French and this is really an amazing musical.

During its performance, Antoine Duléry is playing with French famous actors by reproducing some movie scenes. Careful this representation is in French.

This lovely play is about a family matters who started with the husband winning against his son at a tennis game. During all the show, we assist at some disclosure and confidences, which totally reflect the common life of each of us. Very funny.